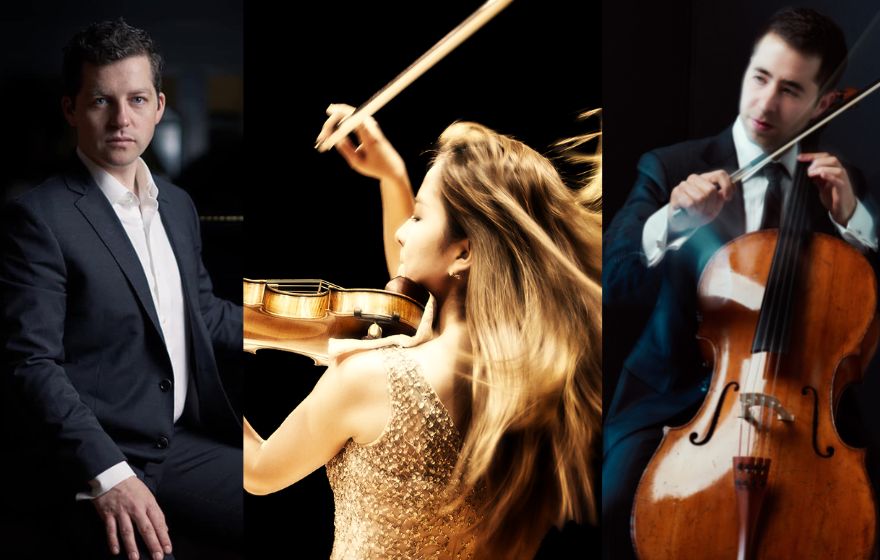 The winner of the Second Prize at the 2016 Queen Elisabeth Competition and a recipient of a 2019 Avery Fisher Career Grant, pianist Henry Kramer is establishing himself as one of the most exciting American musicians of his generation. His performances have been praised by critics as “triumphant” and “thrilling” (The New York Times), and “technically effortless” (La Presse, Montreal). Dr. Kramer currently holds the L. Rexford Whiddon Distinguished Chair in Piano at the Schwob School of Music at Columbus State University in Columbus, Georgia.

Applauded by The Strad for her “fiery virtuosity” and “consummate performances,” violinist YooJin Jang is a winner of the 2017 Concert Artists Guild Competition, and is also First Prize winner of the 2016 Sendai International Music Competition in Japan. These two victories have resulted in a busy itinerary of international recital and concerto engagements, and also the release of two new recordings, including a CD of her prize-winning Sendai concerto performances. “Jang is a performer without fear or technical limitation” (Boston Musical Intelligencer). She is an Assistant Professor of Violin at the Eastman School of Music.

Praised for his “impressive refinement, eloquent phrasing, and singing tone” by The New York Times, American cellist Matthew Zalkind regularly performs throughout the United States and abroad as a recitalist, soloist and chamber musician. As a chamber musician, Zalkind has performed at America’s most prestigious stages including Carnegie Hall and New York’s Alice Tully Hall. Mr. Zalkind serves as the cello professor at the University of Denver’s Lamont School of Music. He plays on a rare Italian cello made by Florentine Maker Luigi Piatellini in 1760.

Piva Presents: A Night of Ella Fitzgerald
Join us for a memorable night of music and emotion, as Jennifer Scott and her bandmates breathe new life in to Ella Fitzgerald’s timeless works.

Piva Presents: A Night of Oscar Peterson
With over 40 years as a professional musician and recordings on 800 albums, Miles Black's interpretation on Oscar Peterson’s works is sure to have you swinging in your seat!