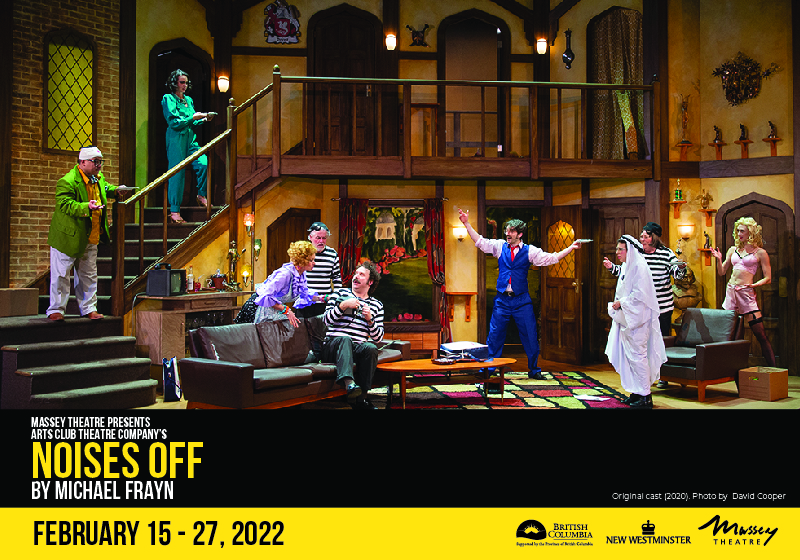 THE RAUCOUS LOVE LETTER TO THEATRE
Noises Off, hailed as the funniest farce ever written, treats audiences to a hilarious peek at a second-tier acting troupe performing a show. With egos, insecurities, and tempers flaring backstage—and forgotten lines, missed cues, and misplaced sardines onstage—this cast threatens to strike the old adage “the show must go on.” Michael Frayn’s dizzying play-within-a-play classic is sure to leave you doubled over with laughter.

Capacity is currently capped at 500 and ticket buyers are required to purchase a minimum of two tickets. Initially tickets will be sold by General Admission. Nearer to each event date, seats will be assigned based on permitted seating plans.

If seating capacity is expanded or increased at any time following this purchase due to government regulations or recommendation, the venue, at its sole discretion, will determine the validity of tickets. If tickets are unfullfillable, refunds will be issued at the time of such a decision and purchasers will be notified.

All safety regulations in place at the time of the performance will be upheld.