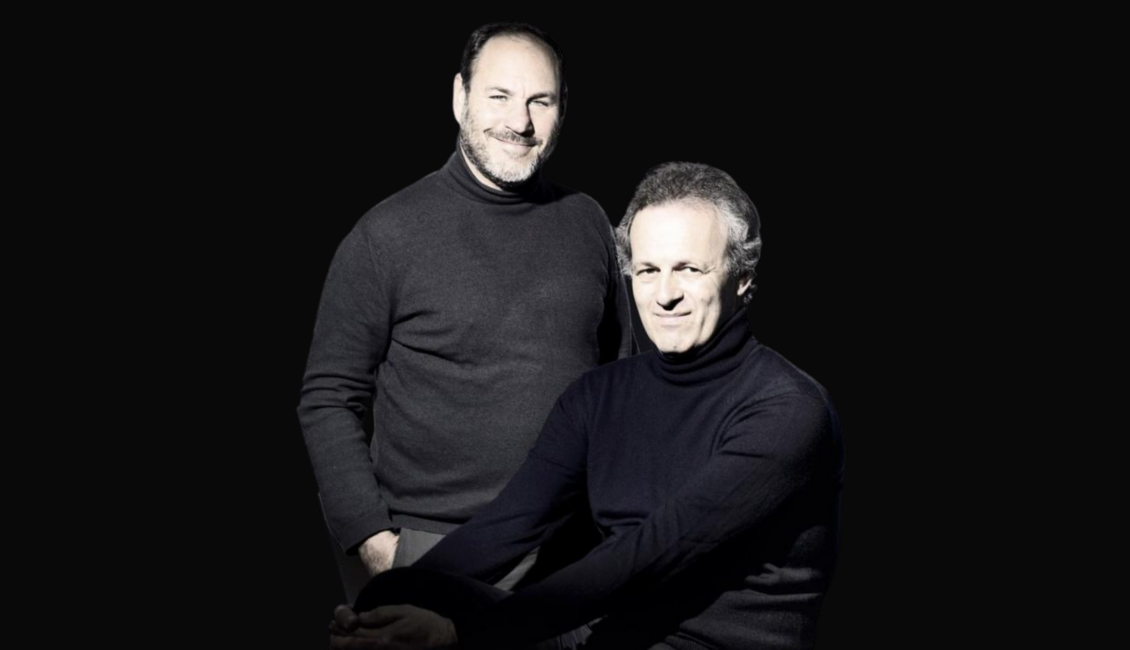 One of the most significant artists of our time, Gary Hoffman, along with his long-time collaborator David Selig, takes us on a journey through the musical career of Beethoven. Beethoven’s five sonatas for cello and piano evenly span Beethoven’s long career from an emphasis on form and structure to deeply probing emotional expression, and transcendental technical difficulty.

Gary Hoffman, is one of the outstanding cellists of our time, combining instrumental mastery, great beauty of sound, and a poetic sensibility. He gained international renown upon his victory as the first North American to win the Rostropovich International Competition in Paris in 1986.

He is a frequent soloist with the world’s most notable orchestras including the Chicago, London, Montreal, and National symphony orchestras, the Orchestre National de France, the Orchestre de la Suisse Romande, and many others. He has collaborated with such celebrated conductors as André Previn, Charles Dutoit, Mstislav Rostropovich, Pinchas Zukerman, Andrew Davis, Herbert Blomstedt, Kent Nagano, Jesús López-Cobos, and James Levine. He performs in major recital and chamber music series throughout the world, as well as at such prestigious festivals as Ravinia, Marlboro, Aspen, Bath, Evian, Helsinki, Verbier, Mostly Mozart, Schleswig-Holstein, Stresa, Festival International de Colmar, and Festival de Toulon. He is a frequent guest of string quartets including the Emerson, Tokyo, Borromeo, Brentano, and Ysaye.

In 2011, Mr. Hoffman was appointed Maître en Résidence for cello at the prestigious Chapelle de Musique Reine Elisabeth in Brussels. He has a new release of Elgar’s Cello Concerto and Bloch’s Schelomo on the La Dolce Volta label with Orchestre de Liège and Christian Arming. He performs on a 1662 Nicolo Amati, the “ex-Leonard Rose.”

David Selig is an international sensation who regularly performs in France, the Netherlands, Germany and Switzerland as well as in the USA and the Far East. His love of chamber music has led him to collaborate with many renowned artists including Philippe Grafﬁn, Marc Coppey, Régis Pasquier, Jane Peters and Noël Lee. A recording with Gary Hoffman of works by Mendelssohn was released in 2012 on the Dolce Volta label.

Share This Event
Event Details
0
Add to Calendar
Related Events
You might also love these events.
Khold Barin
DetailsFind Tickets
The performance will be in three parts First part : 45 minutes of a dance duet featuring Karin Gonzales and Shahrokh Moshkin Ghalam. Second...
The Joe Cocker Experience
DetailsFind Tickets
“The Joe Cocker Experience” was born after hearing singer Larry Brennan perform.  Larry was lucky to be born with a singing voice much like...
Vancouver Chamber Music Presents
Vancouver Chamber Music Society Presents: Jinjoo Cho
DetailsFind Tickets
Violinist Jinjoo Cho is redefining what is means to be a classical artists in the 21st Century as a charismatic soloist, dynamic and engaging...
Add to Calendar