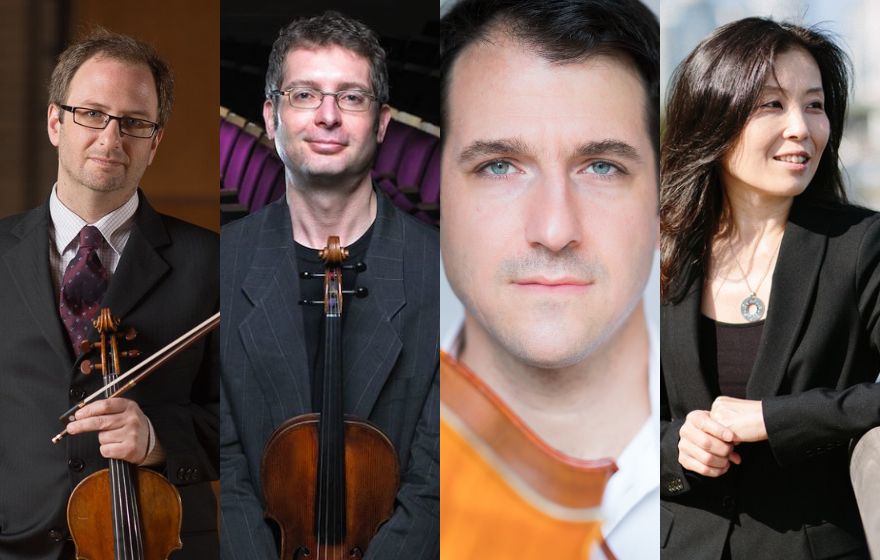 Inspired by friendship and their innate musical chemistry, the Archytas Ensemble officially formed in 2016 as an international roster of world-class chamber musicians. Members have won accolades such as the Queen Elizabeth Golden Jubilee Medal for contribution to the arts in Canada, the Sir John Barbirolli Award at the Lionel Turtis International Viola Competition, and 1st Prize in the 24th International Johannes Brahms Competition. As seasoned chamber musicians and soloists, Archytas members have appeared in concert halls throughout the world including the Berlin Philharmonie, Tokyo Opera City, Taiwan National Concert Hall, and Amsterdam’s Concertgebouw, while collaborations with artists such as James Ehnes, Noah Bendix-Balgley, Johannes Moser, Atar Arad, Jane Coop, the Dover String Quartet, and the Zodiac Trio speak to their artistic temperament. With bases in Europe, North America and Australia, the Ensemble collects in various parts of the world on a project-to-project basis.

Piva Presents: A Night of Ella Fitzgerald
Join us for a memorable night of music and emotion, as Jennifer Scott and her bandmates breathe new life in to Ella Fitzgerald’s timeless works.

Piva Presents: A Night of Oscar Peterson
With over 40 years as a professional musician and recordings on 800 albums, Miles Black's interpretation on Oscar Peterson’s works is sure to have you swinging in your seat!